Interview with Claire King, author of The Night Rainbow 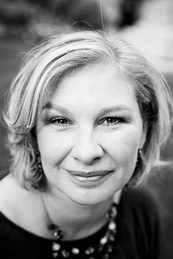 Claire King lives in southern France with her husband and their two daughters. Her first novel, The Night Rainbow, is published by Bloomsbury. She also writes short fiction, which has  been recognised by fancy  places such as BBC Radio 4 Opening Lines, New Scientist, The Bristol Short Story  Prize, the Sean O’Faolain Short Story Competition and Metazen. 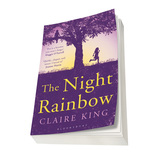 Congratulations on the publication of The Night Rainbow.  How does it  feel to have it out in the world?

It’s wonderful. I’m really glad that this is my first published novel – I’m proud of it, and every time a reader contacts me to tell me their reaction to reading it, or someone spots it in a shop and sends me a photo, I get a burst of happiness.

Has anything surprised you about the reception it has had and/or in others’ readings of the novel?

I think when one or two agents rejected it with feedback, and then some publishers, I had a good sense of what avid readers felt didn’t work about the novel. Mainly, some found it too quiet, and for others it was the child’s voice. Of course my agent and publisher both love it, but still you head into publication wondering on which side readers will fall. So what has surprised me most is that the vast majority of readers have fallen in love with Pea, and have really understood what I was trying to do with the book. There have been some amazing, insightful reviews that make it clear that people have had a real emotional response to the story, and that is just an
utter privilege.

What did you most enjoy about writing The Night Rainbow and what did you find most challenging?

I loved writing the voices of Pea and Margot, because it meant stepping into the shoes of someone completely without cynicism. A hopeful point of view. It reminded me how I was when I was young. And I loved the way I could make myself feel emotions with fiction I had written myself. That seems strange, but magical. The most challenging thing was finding the time and discipline to write. For many first time writers that’s the case,
you’re carving out minutes that don’t really exist, shaving slivers off time off other things. It’s a practical challenge, but a real one.

The setting of the hot summer in rural France is beautifully evoked, especially the meadows where Pea and Margot go to play.  Is this based on where you live yourself?

Thank you! The setting itself is fictional, but I made it up of several places that I know well, some more intimately than others, as well as some imaginary elements. The meadow is based on somewhere close to our house where I’ve spend years walking with my husband and our dogs, and later with our children. I mapped out my fictional setting carefully, with distances and cardinal points (so I knew where the sun would rise and set and what would grow where). I also drew a plan of the house. Because the setting is relatively limited, I needed to get to know it inside out so that I didn’t have to think about it when writing and editing.

While it seems an idyllic place to do your writing, I’m wondering if there are any particular difficulties for the English writer living abroad, writing in one language but hearing other words and rhythms around you?

That’s a great question. I’m finding that now I’m immersed in my own language much of the time, whilst writing, my French is suffering and I often have to reach deeper into my brain to grab the words I need when I’m talking to people. I was much more fluent before I started writing seriously. Likewise, when I’m at work and immersed in French all day, I find it hard to shake off the thought patterns and word ‘shapes’ to settle into writing in the evenings or weekends. I use music as a sort of ‘palette cleanser’ to help make a bridge between the two.

Child narrators are notoriously difficult to pull off, yet Pea had me convinced right from the first page.  (Indeed, from the first paragraph: “Her arm is stretched forwards, stirring tomato smells out of the pan and into our socks.”)  How did you discover her voice and how did you sustain it throughout the novel?

I never set out to write a child narrator. The story was originally from the mother’s point of view, but because I was a young mother at the time I found my own point of view encroaching on hers. The most interesting person in the story was Pea, and her behaviour in the first draft informed her voice. So she grew to become the eventual narrator, and that liberated me, as the author, because I was sufficiently far from her as a character to allow my imagination to rule the creative process. For much of the writing, the voice carried itself, because I had got to know Pea, but during my own edits, and then my publisher’s structural and copy edits, it was the voice that we worked on most to ensure it was pitched correctly and consistent.

Young children are, almost by definition, unreliable narrators.  For me, a particular strength of this novel, and what lifts it from a good read to a great read that stays in my mind long after I’ve closed the book, is the way Pea so innocently misleads.  The adult reader is seduced into thinking she understands better than the narrator what is going on, until the crisis point just before the end where you raise it to another level.  I began to suspect a couple of chapters before the big reveal, which felt just right.  I wonder if that’s what you intended, and how much shuffling you had to do to achieve this effect?

I love unreliable narrators, they oblige the reader to participate in the story, to bring their own assumptions and judgement. I believe that each reader brings a huge amount of themselves to this book, and their journey of discovery, getting to know Pea and understand the full story is a very personal one. Everyone has a slightly different experience. So I didn’t try to pitch a certain moment in the book when all readers would have an ‘Aha!’ moment, but rather to lay a trail of breadcrumbs through the narrative, so that eventually, at some point, the reader would see where they led. Towards the end of the editing process I went back and picked a few of them back up. Having said that, there is a certain event in the book which seems to make something click for most people. Quite a few people have told me they’ve read it twice. Once as a naïve reader and once knowing what they now know.

Did the need to hold back on this particular twist influence the marketing of the novel in any way, or your original pitch to agents/publishers?

I was really worried about that when submitting. With hindsight I would have attached a note saying please read the sample chapters before the synopsis (because you have to include full details in your synopsis). Fortunately my agent and publisher did that anyway, as they were looking at the writing first and foremost. In terms of marketing, I’d say that the crux of the novel is the unreliable narration of Pea, rather than any specific ‘twist’, so we tried to avoid bigging that up (and having people trying to second guess, which would spoil their read). I love what Bloomsbury did with the cover art, and I’m thankful to the vast majority of reviewers who have been considerate and restrained in their reviews.

Can you tell us a little more on how it came to get published?

It was really straightforward. It surfed agents’ slushpiles, got some rejections and some takers. It did the same with publishers. And Bloomsbury bought it, but with the proviso that they couldn’t publish it the following year, it would have to be 2 years later, because their 2012 list was full and they wanted to be able to publish it ‘properly’. I know it seems a long time to wait, but having seen the complexities of the publishing process, I very much appreciate that they didn’t try and squeeze it in to the detriment of the care and effort which is really needed to launch a debut if you’re to give it the best chance.

More generally, what drives you as a writer and keeps you going when the going gets tough?

I’m driven to write because I know how amazing it feels when I create the perfect sentence, or the perfect scene that says or does exactly what I want it to do. It takes such effort and iteration, but when it comes right it’s magic. When the going gets tough, I lean on the good moments, and these days on the fact that I have got my chance – beaten the massive odds against debut novelists and won a publishing deal – so I’m not letting that slip away now. Twitter also keeps me going, the people I follow there are my reading group, writing group, my cheerleaders and my inspiration.

I’m putting the final edits to my next novel, and hoping to hand it off to my agent this month.

Maybe what the title of The Night Rainbow really means, but I suspect you’ve figured that one out yourself…

My pleasure, thanks for reading The Night Rainbow and for having me here!
uploaded 2.9.13
Read my reflections on writers' empathy for their characters inspired by this and earlier interviews
Comments welcome on any debut author Q&A at annecdotal