Interview with Fleur Smithwick, author of How To Make A Friend 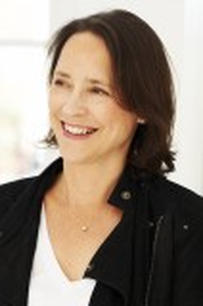 Born in Brighton, Fleur studied French Literature at Southampton University and worked in various jobs, including twelve years as a school secretary, before becoming a full-time writer. She has won several short story prizes, and her first novel How to Make a Friend is published by Transworld. She lives in London with her husband and two children.

Congratulations on the publication of your debut novel.  How does it feel now it’s out in the world?

Slightly surreal if I’m honest.  I spent so much time convincing myself that statistics were against me that now it’s happened I’m not sure how to think about it.  Maybe one day it’ll feel normal.  I think having a mass market paperback out will make a lot of difference to that.

It was published first in hardback at the end of January and is now coming out in paperback – what’s the difference between those two types of launches from the author’s perspective?

The hardback is like the arrival of a baby or a wedding and involves a lot of cheering and celebration.  Having gone through this and being about to launch the paperback in a quieter manner, I am ambivalent.  Being out in hardback does garner reviews but I’d almost rather save all the energy for the paperback that people are more likely to buy.  My next novel is coming out in Paperback and I have to admit it’s a relief. 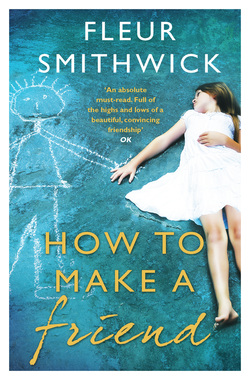 Has anything surprised you about readers’ initial reactions to the novel?

I always expected a mixed reaction.  People seem to really enjoy it but explaining what it’s about isn’t easy.  Mind you, that didn’t stop The Time Traveller’s Wife from taking off.  Somebody told me today that they found it disturbing.  I was delighted because it was such a strong reaction.

How to Make a Friend takes the familiar idea of the child with an imaginary friend and turns it into something much more sinister when Alice and her “friend” grow up. It’s such an appealing premise – how did you hit upon this idea?

I really like the idea that it is possible, if you write as though everything is perfectly normal, you can suspend disbelief.  How to Make a Friend began as a short story, told through the point of view of an imaginary friend.  This didn’t make it into the novel but it pervades it because it was in the original draft, so my way of writing Sam was the same, it just came from Alice, not him.  Does that make any sense at all?

In my review, I comment on your achievement in making a credible story out on a “preposterous premise”– how hard was it to construct a convincing narrative around this idea?

Not difficult because to me it was real.  I never thought of Sam as anything other than a sentient being, so I never thought about convincing narratives.  I remember trying to explain it to an agent at the Writers’ Workshop festival in York and out of frustration at his blank reaction, saying ‘it is just a story!’

You’ve written very movingly on your blog about the genesis of the story in your own experience as the “weirdest girl in the school”. What challenges did that bring to the writing?

There were challenges; a lot of it to do with remembering what it was like, and realising, all those years later, that I didn’t behave in a normal way.  Retrospect can be quite a painful process.  There isn’t much of Alice’s childhood in the book, but writing her as a child and teenager, was wonderful.  I sorted through the past, plundered it for material and moved on.

Did you have any reservations about being so open about the personal links to your fiction?

Not really.  I hope to have got a good message across; that you have choices when you move from childhood, through adolescence and into adulthood.  You can make what you want of yourself.  One thing I think is a shame about all this wonderful digital keeping in touch; is that it is harder now to reinvent yourself.

I’d written several novels, all fairly conventional and written to specific genres, with zero success before I gave up trying to write what I thought agents wanted and wrote How to Make a Friend.  I think this one finally pushed the door open for me because it was manages to be both an original concept and very commercial.

I naively thought, having found an agent in September 2012 and a publisher in April 2013, it would hit the shelves by December 2013.  In actual fact, it went through two further drafts for my agent, then another two for my editor at Transworld before it got anywhere near the copy editing stage.  It took forever.

I am a panster turned planner.  How to Make a Friend was unplanned and worked so I thought I could do that again and wasted a lot of time and anxiety.  Peculiar writing quirks?  Well, if I need to write a sex scene, I close my eyes and type very, very fast and then do a quick proof read with gritted teeth.  After that, every time I have to reread a draft I hastily skim that section.  Typical repressed brit I think!   Unsurprisingly very little sex has made it into the final draft!

Don’t ask friends to read and crit. your work.  It puts them in a difficult position and you will never, ever get a frank and truthful answer – so everyone’s time is wasted!

I don’t think I’ve had any bad advice.

What can you tell us about novel number two?

It’s a psychological suspense about a young mother who makes an impulsive and badly judged decision, and the catastrophic effect on her relationships that ensues.

Name one book you’d love to have written.

To Kill a Mocking Bird

How many drafts do my novels go through?  I honestly lose count.  I know writers who say two and envy them so much.  Writing is very rewarding but it also extremely hard work.

Thank you for sharing your thoughts about your writing.
uploaded 7.10.15
I reviewed this novel  back in February shortly after it came out in hardback.