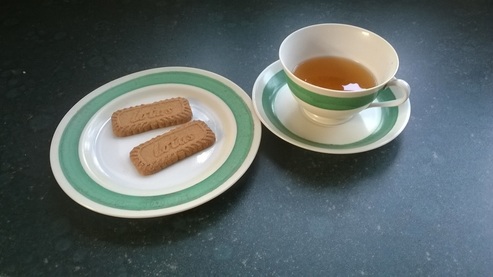 WELCOME TO MY FLASH FICTION PAGE

NONE OF THESE STORIES IS LONGER THAN 1,000 WORDS AND SEVERAL ARE SIGNIFICANTLY SHORTER.

WHY NOT PUT YOUR FEET UP AND READ ONE IN YOUR COFFEE BREAK?
FEWER CALORIES THAN A BISCUIT!

And, if these are still too long, take a look at my 99-word micro-fiction on the blog

If you WRITE flash fiction, you might also find this post by LC Lara useful
Hiroshima Maidens


Now we are friends, I want to see you smile again. I want to feel your laughter fizz around my ears. I want your gaze to brim with gratitude. I want you not to flinch at my approach.

Published May 2021 by Free Flash Fiction

The Power of Verticality

I had a husband once. Sisters. Friends. One by one they fell away, like petals from a daisy. She loves me. She loves me not. She comes. She goes.
She.

After the fire, she had nowhere to go, so she filled two carrier bags with clothes and blankets from the charity shop and installed herself in the foyer of the bank. The security guards were tolerant, bringing her cardboard cups of strong coffee, its bitterness screened beneath a cap of frothy milk. They drew the line at the dog, however ...

Published May 2021 by Free Flash Fiction

When this is over, will you remember
How you spilled from your shelters
Paused on your doorsteps
To pledge your support
Your loyalty and gratitude
With your hands?

Because Babycham. Because Elvis. Because she wore a miniskirt and push-up bra.

Because boys can’t help themselves. Because her star sign. Because she couldn’t risk him walking another girl home.

Because she’s no better than she should be. Because everyone else did. Because once he got started it would be rude to interrupt.

The river divided them, but their paths crossed each morning on the bridge linking north to south. Tramping to his office in the financial sector, it was her yellow scarf that first snagged his attention. Hurrying home from ironing sheets at the laundry, she noticed his mop of hair untamed by the comb peeking from the jacket pocket of his grey suit.

There are lines so wide, so deep and dark, no-one warns you to avoid them. They reckon you already know. Where I come from, those lines read murder, caning kids and thievery. Taboos are different here.

Beyond the tipping point

We stowed the first one under the rose bush; Mike swore the blooms that year were the best he’d ever grown. We dismantled the swing to bury the second, the kids too fixated on their screens to care. But I drew the line at disturbing the patio. It would take more than a few corpses for me to forego sitting with a gin and tonic as the sun spilt orange light across the sky.

The straps of our backpacks bit into our sagging shoulders as we left the reception of yet another cheap hotel. It seemed there wasn’t a vacant room in the entire city; not within our budget, anyhow. So our spirits soared when a woman beckoned from an alleyway. “You need room? For tonight?”

Out of Her Element

Down she went and down, hand under hand on the guide rope. Where it petered out, she nudged the dial on her buoyancy vest and waited for her husband to emerge from the fog of churned-up sand.

Published by Halfway Down the Stairs, June 2016.

If You Could Do This One Last Thing for Me

You saved me a seat in the lecture hall, because my bus was always late. You persuaded the corner shop to stock gluten-free croissants, so you could serve me breakfast in bed. You cheered louder than anyone at our graduation when I got the trophy and you just scraped a pass.

Published by Pygmy Giant, May 2016 – comments welcome on the website.

Trina gulps her coffee and bites into her toast (the teeth-tingling strawberry  jam negating the virtue of the wholemeal bread and thereby triggering the guilt that she never really took advantage of that introductory offer at the gym).

Published on Flash Fiction Magazine April 2014, where your comments are welcome.

Of course, he'd always known the day would come when youth would mock what he had cherished. The clothes in which he'd swaggered down the street. The melodies through which his lust rolled over into love. The idiom that spoke his pleasure, fear, distaste. He'd always known, but now he felt it. Now it hurt.

Published by The Treacle Well, January 2014 and as a podcast reading at Manawaker Studio June 2020.

No Milk or Sugar

Stiff white hairs sprouted from her chin and a splodge of dried-out breakfast cereal graced her lapel like a brooch.  The dominoes were scattered pell-mell  on the table: a three and a one abutting a double-six would never have passed muster in the game she'd taught me.

I want to ask Wilma whether she fancies one of those bamboo water-features where the water goes round in perpetual motion, but she's intent on telling me about some woman at work who was having an affair with a neighbour right under her husband's nose.

First published in print in 2007 by Carillon and now online by Fiction on the Web, July 2013, where you are welcome to leave comments or, alternatively, you can do so on the blog at Is Writing like Gardening or at Food in Fiction

I used to pride myself on being a sound judge of character.  That was before I got embroiled with Whitney.

To comment on this story, please do so on the website or call in at the blog.

All Night, the Babby

Ma takes vodka to help her sleep through. I said, Why divn’t you give some of that to the babby?

I did not go to school today but you must not worry. I am not sick.

Published by Pygmy Giant, November 2012 and in an Hungarian translation, August 2013.

Comments welcome on the site or on annecdotal, Who Gives a Shit for World Toilet day, where some of the issues behind the story are explored.

Or see here for an uplifting real-life antidote.

Or this post for yet another angle School: a suitable place for fiction?

Canny job that, I thought. Sitting on your backside watching people look at paintings. A uniform with gold buttons and epaulettes.

Published by Pygmy Giant, May 2012

Getting It Together With Elvis

After the party, when she saw their toothbrushes kissing in an old mug on his bathroom shelf, she felt all shook up. The bristles of her pink toothbrush enmeshed with the chewed hairs of his blue one was too much too soon.

You can comment on this story on the website or on my blogpost A Flash (or Two) of Musical Inspiration.

It is said that when someone is drowning they see their whole life pass before their eyes.  I once had a boyfriend who was obsessed with that idea.  He wanted to know what it would feel like, what thoughts would go through a person's mind when they came to watch the ultimate biopic.
I ditched him, of course.

I had been trying to get a system going -- a bag for the vegetables, one for baked stuff, another for booze, and so on -- but it doesn’t work; Dad’s too chaotic ...

First published on beat the dust, June 2008, now revived on Flash Fiction Magazine March 2014, where your comments are welcome.

George and Pat For Ever
Shh, it’s okay: the long-ago voice of her mother when her screams had summoned her to banish a childhood nightmare.

My first fiction publication: January 2007 in Pen Pusher
Now revived by Fiction on the Web, October 2013, where you are welcome to leave your comments